What do you feed your puppies?

We feed ground beef once a day and the puppies have Diamond Puppy kibbles available 24-7 to munch on as they like.  We suggest you buy a good quality puppy food to have on hand to get your new puppy started on and for its first year. We highly recommend Nutri-Source puppy chow if Diamond is not available in your area. Make this available to the puppy 24-7 to start with. Puppies usually go right on this food without any adjustment problems. If a puppy is hungry it will eat and if the puppy chow is available in a bowl all the time, they will nibble (or gobble) at it whenever they are hungry.  Fresh beef bones are also a special treat for the puppies (and mom too). It keeps them contently occupied for hours and it’s great for their teeth not to mention the nutritional value. 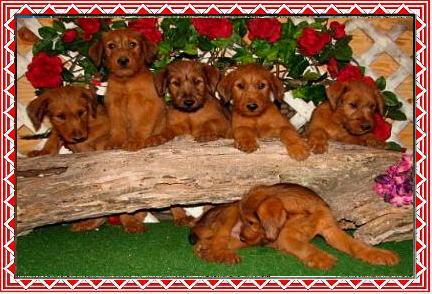 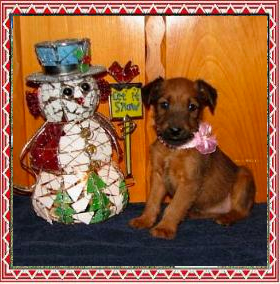 Will the puppy I buy have any shots or wormings?

We are a professional kennel. Every puppy is vaccinated and wormed for every possible thing that a puppy can be. Regardless of the age of the puppy you receive from our kennel it will be up to date on everything recommended for a puppy of that age. You will receive a health record to share with your Veterinarian and your Veterinarian can then advise you on what and when your puppy will need something next for your area.

No, we do not whelp or raise our puppies in our house. “We” don’t even live in our house most of time. We only use our house for the most necessary times in our day like eating and sleeping. We spend at least 15 hours a day with the puppies in their facilities or in our office and sometimes all night working in shifts. We are licensed by the USDA and the Missouri Dept. of Agriculture. They do not allow whelping or raising puppies in the house. Regardless how clean your house is you cannot keep it sanitary enough for birthing and raising healthy puppies. Our whelping house has individual privacy compartments with temperature controlled floors. Mom and pups stay here for 10-14 days and then they go outside. Here they have the room to run and play and go outside to potty as soon as they are old enough. The puppies have constant attention, handling and supervision during this time including being played with and lot of hugs and kisses. The puppies sleep on sterilized carpet in a climate controlled house at night. We are a professional kennel and we take this very seriously. Our puppies are probably more socialized then most home raised puppies. They are our business, our only business. This is not an evening or weekend hobby for us.

Are the puppies started with crate training? Will my puppy be house broke when I get it?

We don't crate train. We live on a ranch, someone is here all the time and these guys have tons of freedom to run and play and get into harmless trouble. They have their own carpeted climate controlled house and they can come and go as they please via a doggy door. Because of this they have been going outside to potty for several weeks by the time they are old enough to go to their new home. House training should not be a huge problem because they already know about going outside in the grass, dirt, gravel, etc. If you have them locked in your home, like most people do, then you will need to learn to communicate with them when they need to go out. It's a good idea to put them out often when you first get them. This will show them the “big” door is the secret to going outside. Another reason to go outside often at first is because their system will be upset from traveling and all the changes. Chances are they will have "loosy poop" until they get regulated and on schedule. We’ve had people report back to us that their new puppy never had one “accident”. Back to crate training. That will be your responsibility if you need it. There are good web sites that help with this. One that comes to mind is www.veterinarypartner.com. Go into their site, click on dogs and enter crate training into their search box. But there are lots of different sites. Enough to keep you reading for hours. 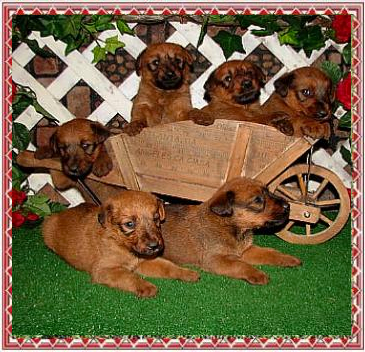 Are the puppies micro-chipped?

Yes, as of October 7, 2007 every puppy we sell comes with a micro-chip. The micro-chip we implant will also be registered in your name with a National Data Base. We are charging $25.00 for this micro- chipping and registration. This is our cost. You are welcome to check with your Veterinarian to compare this cost. Also be aware that most Veterinarians that micro-chip do not register the chip. When you buy one of our puppies,not having it micro-chipped is not optional.

Purchasing a puppy from professional kennels vs. someone who raises a few dogs in the backyard or on the devenport.

Another Missouri Kennel owner wrote this and I quote, “If I needed to go in for heart surgery, I would certainly choose a surgeon who does surgeries on a regular basis and is consistently updating himself on the latest technologies, etc. rather then someone who does surgery once every couple years or so. We have puppies on a continuing basis. We are professionals. We go to seminars and conferences, are members of professional associations and educate ourselves on the latest in animal health, nutrition, etc.” unquote. 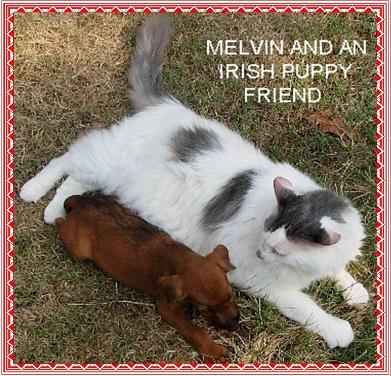 How do I know you are not a "puppy mill"?

What is a Puppy Mill? It’s a coined up praise thought up by some uninformed Animal rights people. The state of Missouri has always been famous for their quality well bred dogs and mules. Consequently this area is targeted more by these radicals. I’m sure most have their hearts in the right place but many are so misinformed. There were people in Missouri selling dogs during the 1930’s depression era for $500.00 when a milk cow would only bring seven or eight dollars. They must have been doing something right. Missouri has more state of the art kennels then anywhere else in the world. Sure there is a bad apple in the basket once in awhile and those are the ones you read about and hear about. The rest of us would wish they would go away also. But they are the minority and you can call them Puppy Mills if you want to but leave the rest of us dedicated breeders out of it. If you are buying sight unseen it is easy to find out who you are buying from. Reputable breeders will be licensed and offer you references right up front.

Some seem to think that anyone that breeds dogs, even only two or three females is a Puppy Mill. I don’t know who they think is going to supply the demand for quality, well bred healthy puppies. It sure isn’t Mr. and Mrs. Backyard breeder whose only female accidentally got bred to Rover down the street and presents them with a litter. Maybe they scurry to the library to quickly read up on what to do and can’t afford to take the puppies to the Vet for their necessary shots and wormings. The puppies are fat, fluffy and playful. Maybe all those shots and worming are not all that important anyway. Soon they have a litter of miniature elephant poopers running around their house destroying everything in sight. In frustration they box the little fellows up and take them to the pet shop. “Please take these guys off our hands”. They are cute as most puppies are, a deal is made, and consequently when these pups are exposed to the outside world they come down with all those nasty and life threatening diseases that professional kennels take great care and precautions to avoid and prevent. Plus Mr. and Mrs. Backyard Breeder didn’t have a clue on what hereditary problems they might be introducing into this new litter. Who is this Rover guy down the street anyway? But of course the “Puppy Mills” get blamed for these puppies also. In fairness to Pet Shops I might mention that responsible pet shops do not buy puppies from Mr. and Mrs. Backyard Breeder and that they stand behind the puppies they sell. We don’t approve of the impulse buying generated by some pet shops but why blame us. Animal rights people need to educate the general public. They are the ones that are throwing their pets away and taking them to animal rescue. The puppies we place are purchased by people that as a whole have put a lot of thought into this venture. Most are previous dog owners whose old dog has went to doggy heaven and they need a new friend. We receive eMails and letters with pictures constantly of puppies we have sold showing the obviously life of Riley they are living. But we don’t read about these in the newspaper or see them on T.V.

Then we have Mr. and Mrs. Four Figures. Of course they are not a Puppy Mill. They have several breeding dogs, which they breed. They sell their puppies via high priced professional ads in National magazines. The pictures are taken of their professionally groomed puppies and breeding dogs by professional dog photographers. In some cases using professional models in evening gown attire lounging on a sofa or bed with lots of dogs and puppies lying around and on top. These pictures and ads are cute. We admire them, but they are not realistic. And if that is their life style that is wonderful. My beef here with Mr. and Mrs. Four Figures is they should continue doing what they want to do and not try and tell us and the world with tons of negative slanderous publicity that we are a Puppy Mill and they are the only ones that have the right to raise and sell dogs. Of course they want four figures for their puppies, sometimes high in the four figures, and they stipulate that anyone that buys one of these puppies has to have it spayed or neutered or you don’t get any registration papers. I often wonder who gave them a license to be labeled the only people with the proper canine knowledge and animal husbandry to breed dogs.

They say it’s all about money. Of course they mean all us other people are breeding dogs because it’s all about the money. The fact is, their spay and neuter program and their method of screening their puppy buyers is only a naive ploy to try and control their breed population to keep their prices up. We’re all for spay and neutering. It’s the only way to go with a puppy for a pet. But we’re not going to tell anyone that they can’t breed or won’t be responsible dog breeders.

We try hard to place our puppies in loving responsible homes. But we never base this on only selling puppies to people who can afford a four figure puppy. It has been our experience over the years, with horses as well as puppies, that the average household most often provides the best homes. There are a lot of people out there that don’t have a lot of money but will love and deeply care for a pet.

Everybody and every situation should be evaluated on their own merits. There are  some back yard breeders and four-figure breeders doing a terrific job, just as not every kennel is professional. And if any of us have not personally seen their dogs and facilities, then I think we should all mind our own business and keep our mouths shut.